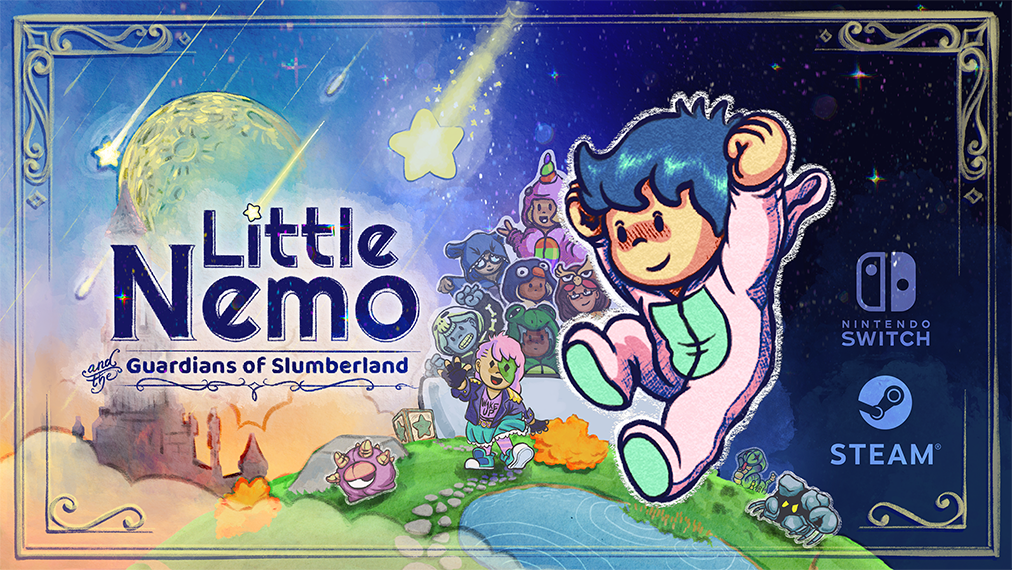 Little Nemo and the Guardians of Slumberland takes the retro NES-era platformer gameplay of Capcom and Nintendo favorites and brings it to a vast, non-linear world that has been lovingly hand-animated frame-by-frame. You’ll explore as you collect new ability-granting toys and PJs, discover enchanting lands inspired by Winsor McCay’s Little Nemo comics, and encounter a colorful cast of characters — all through the nostalgic lens of an ‘80s/’90s kid.

Little Nemo will be available on Nintendo Switch and Windows (via Steam and itch.io), with release slated for Q4 of 2023. Although our Kickstarter has wrapped up, late pledges are still available.

We raised over $80,000 in our Kickstarter with almost 1,800 backers. If you'd like to share our story with your readers or viewers, please check out our press kit and get in touch.

Slumberland, the wonderous world of dreams, has been besieged by the mysterious Oblivion, which threatens to destroy this precious world and its inhabitants. It’s up to you, Nemo, to save them! Explore Slumberland and collect your toys to become more powerful, enlist the help of colorful characters, and push back the Oblivion.

In Slumberland all of Nemo’s favorite toys bestow new abilities! Use them throughout your adventure to fend off enemies, traverse hazards and open new pathways to different zones. 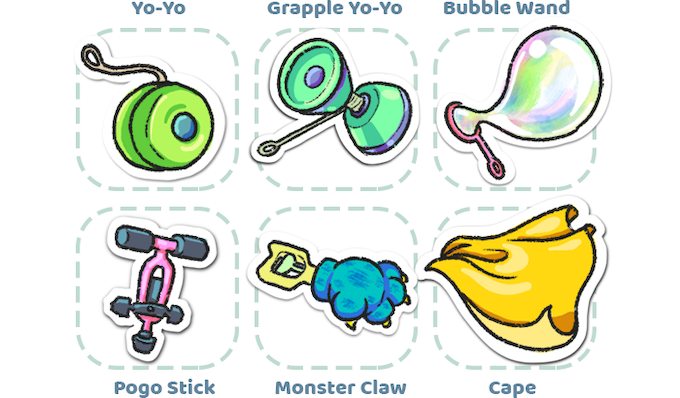 Slumberland is a large, seamless world made up of distinct thematic zones, each full of new areas to explore and hidden rewards to discover. Each zone is being carefully crafted to have its own unique look and atmosphere. Here’s a look at just a few of them:

Sometimes Nemo needs a rest from sleeping so much. If you take too much damage, you’ll wake up in the bedroom! You can return to Slumberland by hopping back into bed, but first maybe change your PJs and swap out your Little Buddy using the dresser and toy chest. Throughout Slumberland you’ll find beds which lead back to Nemo’s bedroom and serve as checkpoints to anchor your progress as you explore the world.

Slumberland is filled with a strange cast of characters. With everyone struggling to deal with the Oblivion, perhaps you can help them out and advance their storylines! 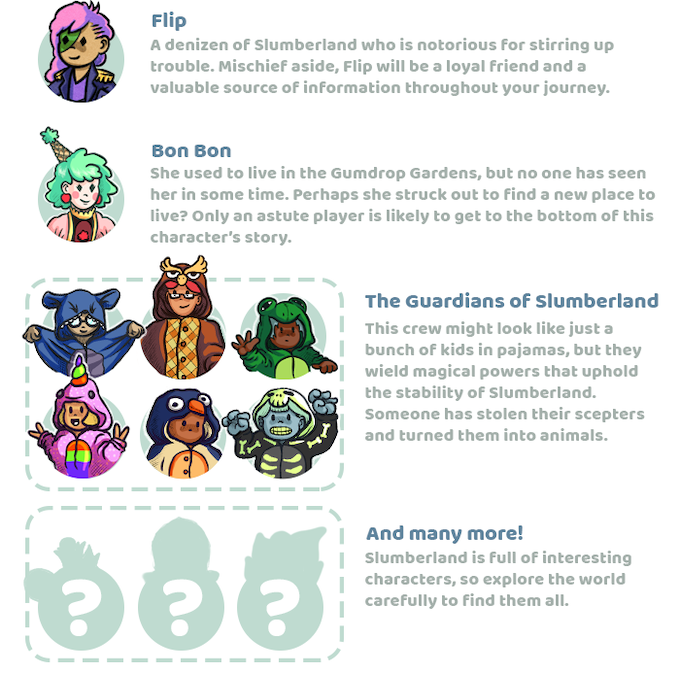 It’s dangerous to go alone! When Nemo goes back to sleep, your buddy of choice will come to life in Slumberland as a helpful companion, each with its own unique passive ability.

While you're awake in Nemo's bedroom, you can change out which pajamas you're wearing using the dresser. Each pair will empower your toys and abilities in different ways as well as change Nemo's appearance. 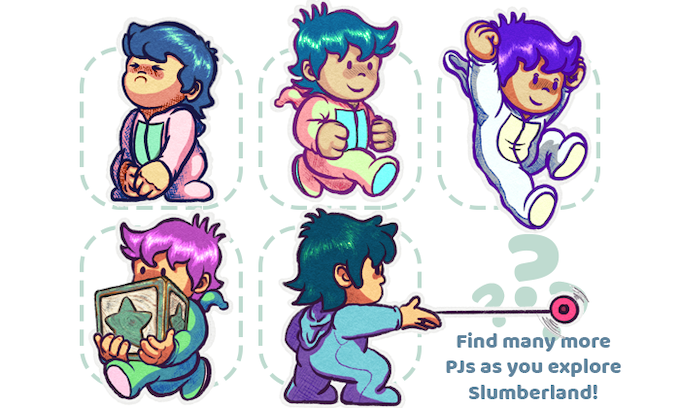 Strange creatures have been emerging from the Oblivion turning the once peaceful Slumberland into a nightmare! Each of Slumberland's zones hosts unique enemy threats. 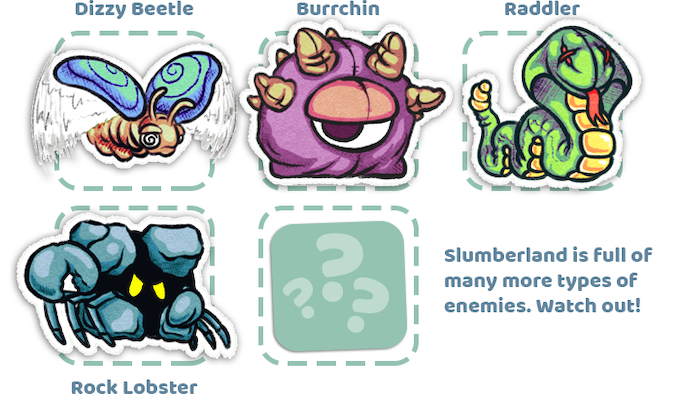